Using Ning + Kickstarter to Build a Community Around a Project

Simon Cantlon is on a mission to document the power and allure of the American open road. And he’s using Ning as the community hub for the project. He’s producing an interactive documentary film and book called The Motels of Route 66. The project will explore the stories of the motel owners, the architecture, the travelers and the road itself, which runs between Los Angeles and Chicago. 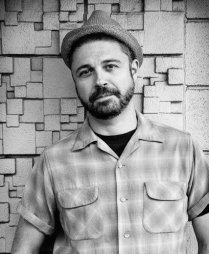 For funding and publicity, he’s built a Ning community centered around the project and ties it closely together with his Kickstarter project, a funding platform for creative projects. By June 9, he’s looking for $30,000 in backing for the project. The funding will cover the month-long journey down Route 66 with a full four-man film crew (director, cameraman, photographer, lighting & sound), vehicle rental, equipment, gas, food, lodging and supplies.

It’s an ambitious goal, for sure, and we’re excited to follow Simon and his crew on their documentary-road trip across one of America’s most historic thoroughfares.

“We’ll be out on the road meeting travelers, the people who live in the towns, mom and pop businesses and the owners of the motels along the way, all the way down Route 66. We’ll be bringing them into the story, and letting them be a part of it. As the story unfolds step by step, it will be documented on our Ning community,” said Cantlon. “That’s awesome.”

You can back his project on his Kickstarter page and follow the endeavor through his Ning community, The Motels of Route 66.